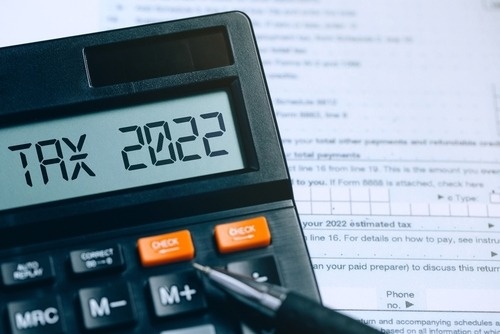 How Tax Laws are Changing for 2022

If you pay taxes every year, you should be aware of the changes coming in 2022. These new laws will have an impact on your tax return and affect how much money you get back. As each year passes, so do time-sensitive changes to tax laws. For example, some of the federal tax laws that were signed into effect in 2017 are set to expire at the end of 2025.

The Tax Cuts and Jobs Act (TCJA), signed into law in 2017, lowered income taxes for most people but also changed or eliminated several deductions, including those for state and local taxes. Changes like these are why it is so essential to understand what is going on with tax laws before you file your return.

The state and local tax deduction (salt) is one of the most controversial provisions of the tax code, and it has been since its inception. The salt deduction allows you to deduct state and local income taxes from your federal income tax bill, as well as property taxes on your primary residence.

The salt deduction was capped at $10,000 for 2018 through 2025 under recent legislation passed by Congress. However, several proposals would increase this cap from $10K to $80K for a few years. That could mess with the AMT, but for now, there has been no solid movement one way or another.

The AMT exemption is going to be $118,100 for married filing jointly and $75,900 for single filers. This is an increase over the previous year's $114,600 and $73,600, respectively. While this change may not seem significant at first glance, it can make a big difference in your taxes due at the end of the year.

Inflationary costs and pressure on the economy will continue to increase and widen tax brackets for all filing statuses. There will be 7 federal income tax rates from 10% to 37%, with the top earners having anything more than $539,900 for single filers and $647,850 for married couples filing jointly. This should help people in the middle class as we manage through the inflation issues of this year so far.

Again, we see an increase in other areas of tax law, including employer-sponsored retirement contributions. All elective deferrals to 401(k), 403(b), most 457 plans, and the TSP will increase to $20,500 with the total contribution to $61,500. Unfortunately, the catch-up contribution is still at $6,500.

The biggest news is probably estate planning. The federal estate tax exemption rises to $12.06 million. So a married couple can now shield a total of $24.12 million from gift taxes. That is a considerable amount for those in high-income situations looking to build a foundation for friends and family. Annual gift exclusions have finally increased after 4 years from $15,000 to $16,000, so expect to see more giving in 2022 returns.

Until the TCJA finally comes to a close, we can expect similar revisions like the above to continue on an annual basis until January 1, 2026. That is when this act must either be renewed in some fashion by Congress, or many of the changes will finally be considered sunset tax laws. That includes the caps on itemized deductions.

However, there are some credits that may be adjusted or removed. This could include the Child Tax Credit that will reduce back to pre 2020 levels of $2,000 per child under 17, unlike the current $3,000 we are seeing because of the American Rescue Plan passed in 2021.

The same is valid for Child and Dependent Care Credits. The current levels will drop back to $3,000 for one person and $6,000 for two. That must be for a child under age 13, a qualifying spouse, or a qualifying dependent.

Right now is the best time to seek counsel from a professional team of advisors and tax preparation providers. At Green Valley Tax Services,﻿ we encourage clients to reach out sooner than later when it comes to setting themselves up to get the most out of annual or quarterly tax filings.

Getting started as early as possible ensures you can restructure your cash flow, investments, and expenses so that you can gain the most benefit from any changes to future tax codes, as well as not miss out on any 2022 sunset tax laws. Reach out today and schedule a consultation with our team to learn more about how Green Valley Tax Services can help set up your taxes for success in 2022!